Social and Political Issues in Art

Because travel photography is so general, it can incorporate action photography, landscapes, still life, portraits, and so many more. Travel photography focuses on locations that are far from home and often unknown. Well-traveled photographer, Randy Kerr, uses this genre of photography to emphasize the region while creating very personal photography. Kerr’s photography has been featured in several national newspapers, and he was recently awarded the iPIX Outstanding Achievement Award for Travel. Including the Himalayas and a Colorado River rafting adventure, Kerr has been to, and photographed, in over 30 places. Kerr applies his packing method to other elements of his travel philosophy, which is “travel light, cheap, and often.” Before photographing, Kerr prefers to become familiar with a location as soon as he arrives, even if he does not have his camera with him. After familiarizing himself with the general terrain, Kerr brainstorms ideas on how to creatively capture the beauty and essence of the location. Kerr says he “constantly battles my analytical and literal mind that would normally presuppose how to shoot a scene,” to break free from standard or obvious images of a subject. This idea of skewing one’s vision works well when working with an unfamiliar landscape because both subjects and compositions can appear abstract at first, but a sense of comfort can be developed through the planning stages and becomes accustomed to one’s surroundings to extract more depth from scenes. The mental sense of traveling to a faraway landscape with the sole purpose of photographing it aids in the mixture of various concepts into a well-resolved structure that continues to give over time.

Landscape photography is one of the most well-respected and oldest types of photography, due to its practically endless presence and accessibility. Landscape photography is more conservative and deliberate, with more time and energy concentrated on critical compositions, angles, and timing. Landscape photography, unlike many other types of photography, places a premium on accuracy rather than absolute speed, silence, and levelness of directing. Other focusing assets do not have a negative impact on the capacity of the equipment to perform in the wild, but they do take a back seat to the accuracy and pure rendering skills of both a lens and a camera. Peter Tellone, a well-known landscape photographer, is an enthusiast of this vision-first approach, with appropriate, well-matched equipment playing a supporting role. Tellone’s landscape paintings are characterized by large-scale scenes with a focus on how light and perspective interact with the environment. Much of his art is inspired by the natural beauty that surrounds him, ranging from enormous ocean scenes to lonely deserts, all of which are depicted with constant and effective use of perspective.

Five tips for a stronger composition are to include a focal point, framing your subject, shoot from a lower angle, include foreground interest, and filling the frame. Including a focal point gives the photo meaning and captures the attention of the viewer for a longer period. Framing the subjects in an image helps draw attention to the main subject of the photo, and helps create more visual interest in the photo. Shooting from a lower angle can help simplify the composition, and also gives a unique viewpoint that most people don’t usually see. Including foreground objects adds interest to an image and gives the image more depth. Lastly, filling the frame of your subject eliminates the background and draws full notice to the subject.

The key difference between shooting in RAW and shooting in JPEG is that a RAW image is an image that hasn’t been processed or compressed from a camera’s sensor, while images that are taken in JPEG are already processed and formatted. Some advantages of shooting using a RAW format are that there are more shades of colors used when taking pictures, and RAW images remain unmodified, meaning you can make changes to the images yourself in post-processing applications. The advantage of shooting in JPEG is that the images have already been processed so you won’t have to spend any time trying to fix the pictures or make any changes to them since they’ve already been made. Another advantage is that the format is compatible and practical.

The main drawback of using RAW formatting rather than shooting in JPEG is how much space is being used, however, the outcome is a higher quality image. But because this requires more storage space, your camera would only be able to store a certain amount of images and is more likely to buffer faster than if you were to shoot in JPEG. Although, shooting in JPEG also means that any camera setting could lead to irreversible damage to your images. The JPEG formatting also has a limitation of the number of colors used when shooting.

What I Learned about Camera Exposure and Camera Mode

A photographers exposure in their images are based and determined on the aperture, ISO, and shutter speed of the camera. The first setting is the aperture, which controls the amount of light allowed into the camera. A camera’s aperture setting is what determines a photo’s depth of field, which is the range of distance over which objects appear in sharp focus. It is specified in terms of an f-stop value. The area of the opening increases as the f-stop decreases. Secondly, the shutter speed controls the duration of the exposure. The best way to find out the perfect shutter speed setting to use when taking pictures is to experiment with the setting until you are able to create the perfect image. Lastly, the ISO controls the sensitivity of the cameras sensor to a given amount of light. Higher ISO speeds drastically changes and increases image noise. Camera exposure modes are also useful when choosing the exposure for the pictures. 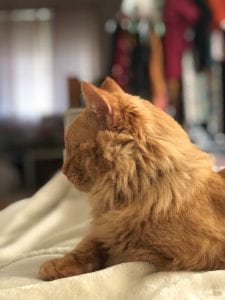